Beware of the FREE Cheese 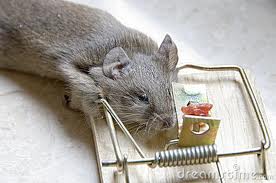 The problems in United States today is that the people are all addicted to cheese. The government provides free cheese to the people in order to lure them in to a trap. When you accept FREE cheese, there are consequences. Thomas Jefferson once suggested the following advice.

When you or I take something that belongs to our neighbor, we have committed a crime, but when the government takes something from one man and gives it to another, they call it taxation. Taxation is just another name for legalized theft by the government.

Unfortunately, most men would rather get something for nothing than to work for it. We can either work to pay the price to obtain the things we want or we can ask the government to take things from our neighbor wo that they can give them to us.