Robin Hood was not a Democrat 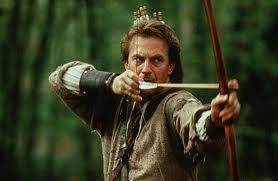 They believe that the rich gained their wealth by exploiting the masses. They believe that taking the ill gotten gains from the rich in order to benefit the poor is the act of a compassion and social justice .Both parties seem to think that government’s power to tax trumps our individual rights to life, liberty and property.

They think that the will of the majority is more important than the rule of law. They believe that our nation is and should be a democracy and that our rights are merely privileges granted to us by the state.