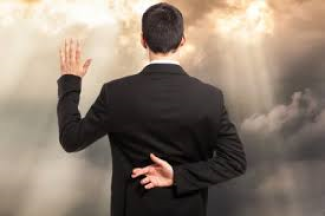 Politicians are really  good at making promises, but rarely keep them. kept. They tell the voters what they think they want to hear, and then hope they will forget after the candidate is elected.

Politicians who break their promises violate the sacred trust of their constituents, but are rarely held accountable for lying to the public.

Perhaps the approval rating of Congress is so low is because the people don’t feel their representatives can be trusted.

Sadly the voters have short memories or they didn’t expect the candidates to keep their promises.

Once elected they take an oath to preserve, protect and defend the Constitution and none of them honor their oath. Virtually every government official who takes the oath, has no intention of honoring it. It s much more profitable to violate the Constitution than it is to defend it.