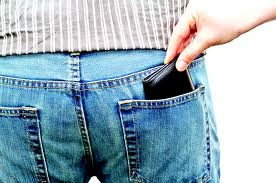 The Founding Fathers knew that in order to restrain the government and to prevent the abuse individual liberty, the government must be limited to “promoting the general welfare” rather than providing for specific welfare to certain groups or individuals.

They understood that if the government had the authority to take the property of those who earned it and to give it to others, that elected officials would use that money to buy the votes of their dependent members. Remember that when you rob Peter to pay Paul, you can always count on the vote of Paul.

The Founding Fathers detested the way Great Britain was divided into classes. Our Founders wanted only one class of people in America. They knew that establishing different classes of people would ultimately lead to our downfall. They wanted everyone to be equal under the law and did not want the government to have the authority to reward one group of people over another.

Equal Justice is a principle of freedom and individual responsibility while Social Justice is one of the pillars of tyranny.