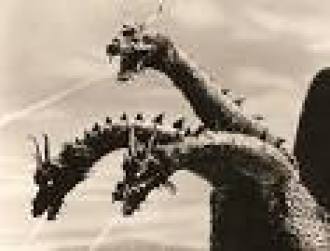 The three branches of government which were created to protect the life, liberty and the property of the people and joined forces to enslave us.

Our nation is in on thin ice. Those who we have elected have all taken an oath to preserve, protect and defend the Constitution, but it is obvious that they have not read or understood the proper role government.

The guardians of our liberty have become the agents of tyranny and are now the greatest threat to our peace, prosperity and freedom.

Congress was supposedly created to make laws that would promote liberty and individual responsibility, not to control us. The American Dream has become a horrendous nightmare.

Instead of protecting our lives, liberty and property they have redistribute our wealth to the Wall Street bankers and corportions.

The legislative branch passes unconstitutional law, the President representing the Executive Branch signs it  and the Judicial Branch applies its rubber stamp and presto an unconstitutional bill becomes a law.

The separation of powers and the checks and balances written in to the Constitution have been abandoned and now the three branches of government have climbed in bed with one another to control the people and redistribute their wealth.

Make no mistake about it, our government has become a crime syndicate and our elected officials have become criminals.

In Article I Congress was not authorized to pass unconstitutional laws ,but they do it anyway.

In Article II, the President was not granted the authority use Executive Orders to make laws, but Presidents do it all of the time.

In Article III, the Supreme Court was  not granted the authority to legislate from the bench., but they do it anyway.

interpret the Constitution. Contrary to what we have been taught the Supreme Court is not the final arbiter of what is and what is not Constitutional.