Unequal Representation in the House 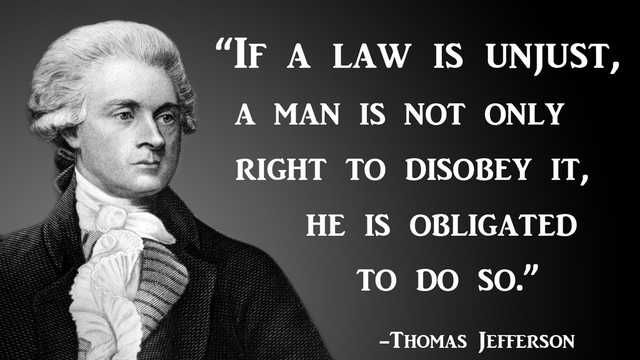 Everyone that is familiar with the Declaration of Independence knows that governments derive their just power from the consent of the people and that when the government become tyrannical, the people have a lawful right to alter or abolish their government.

We give our consent to the government when we obey their laws and pay taxes. After repeated appeals to the British Parliament  for justice, the colonists finally realized that any further effort to reconcile our difference was a complete waste of time.

After declaring their independence. the colonists had to back up their words with action. As a result, an eight year battle for our independence ensued.

In order to end the tyranny, we must refuse to comply with laws that we believe are unjust. If enough people refuse to obey unjust laws, the government will be unable to enforce the laws.

You give your consent to the government when you vote and pay taxes. We stop feeding the beast by paying income taxes. If enough people would refuse to file and pay income taxes, the tyranny would end.

We need to stop depending on the government to provide us goods and services we should be providing for ourselves.

In order to live in a just society we must treat others the way we wish to be treated.

Our ancestors had the courage and were willing to sacrifice everything they had to win their independence, Today, in order restore our rights and freedom, we must be wiling be willing to follow their example.