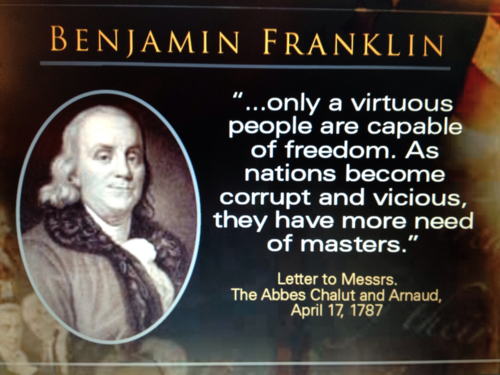 Constitution has failed to protect our lives, liberty and property, because “We the People” have failed to hyold our elected officials accountable.

A Constitution that is not enforced is just a meaningless piece of  paper.

The founders believed that it was self-evident truth that  all men and women were sons and daughters of God and we were endowed with the same rights and responsibililties.

It is true that the Constitution was written by an oligarchy of rich and powerful landowners and merchants and that less than 2% of the people were even asked to  give their consent.

The Constitution should have been perfectly aligned with the principles outlined in the Declaration of Independence, but sadly it was not. The fact that the institutioln of slavery was authorized in the Constituion doomed our Nation from the very start.

To live in the land of the free everyone must be treated equally under the law. The seeds of the Civil War were planted when the Constitution was ratified in 1788.

In his initial  draft, Jefferson stated the right to own property was a God-given right. and that the taking of a man’s property without his consent was a form of theft.

Constrary to what you may believe, the Constiution is not the Suoreme Law of the Land, it is subordinate to the Laws of Nature and Nature’s God..

In order for the Constitution to have succeeded in proecting the lives, liberty and property of the people, it would have been necessary for the people to hold their elected officials accountable.

The Constitution can not protect our rights if we fail to defend  it. We need to hold our public servants accountable or we must either alter of abolish ourgovernment. 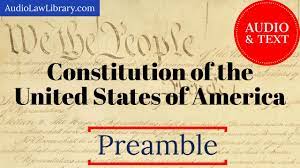 Click on the image above to listen to the U.S. Constitution